Disclaimer: As a founding member of the Idaho Peace Coalition I have on occasion written commentary on behalf of the organization. The following blog post is in no way the opinion of the membership of the organization and consists solely of my own thoughts.

This Sunday June 21st individuals and families will be honoring and celebrating the fathers of America, the living and the dead. An activity that has it's roots in the peace-and-reconciliation campaigns of the post-Civil War era when the activist Julia Ward Howe issued her “Mother’s Day Proclamation” and eventually in 1972 Richard Nixon finally signed a proclamation making Father’s Day a federal holiday. My focus today is not the fathers but the children. Specifically the children left behind in the wake of the wars that took their fathers away.

The military has estimated 22,000 American children lost a parent in the Vietnam War and nearly 5,000 lost a mom or dad to the wars in Iraq and Afghanistan. These are termed Gold Star Kids. In her "Appeal to womanhood throughout the world" which later became known as the "Mother's Day Proclamation" Julia Ward Howe said, in part, " Our sons shall not be taken from us to unlearn all that we have been able to teach them of charity, mercy and patience. We, women of one country, will be too tender of those of another country, to allow our sons to be trained to injure theirs." But via governmental sponsored indoctrination of patriotism the message of our mothers have be overridden and war is framed as a noble endeavor. Theodore Roosevelt said, “The pacifist is as surely a traitor to his country and to humanity as is the most brutal wrongdoer.” This mindset permeates our culture. Unfortunately not the words of President Kennedy: “"War will exist until that distant day when the conscientious objector enjoys the same reputation and prestige.”

Since the event of 911 the drums of war have increasingly permeated and dominated the America psyche. Nearly 3,000 children under the age of 18 lost a parent on September 11. The average age was 9. A total of 108 were born in the months after their fathers died. The results of this warfooting continues on today. Sgt. Maj. Wardell Turner (buried January 6, 2015) was a recent soldier to die in our wars. He was a husband and father of 5 children. I am left wondering if the desire for revenge or the desire for the end of wars is the primary emotion of these fatherless children after the initial impact of their loss? Will they be compelled to serious contemplate war? Where will they seek their guidance and in what direction will those who offer it send them? My hope of course is that they enter the realms of peace and reconciliation.

Also it is well to remember that deaths of these fathers are not always the results of the wounds suffered in battle, but by the hidden wounds of war. In 2013, the United States Department of Veterans Affairs released a study that covered suicides from 1999 to 2010, which showed that roughly 22 veterans were committing suicide per day, or one every 65 minutes. The number of those who were fathers (and mothers) I do not know but I am sure their is a measurable number. Is this the “ultimate sacrifice” the war makers like to emphasize in their propaganda? I doubt it. Just as the 1991 blanket ban on photographs of the coffins of the returning dead soldiers put in place under President George Bush number one the powers that be also wish to hide this under that same blanket. It isn't good for the business of war.

The children of the dead. They are referred to as Gold Star Children. The challenges of these children are vast and complicated. Mitty Griffis Mirrer speaks of the ""silenceis a common thread for gold star children from the Vietnam era". Challenges that continue for them to this day. What of the future fatherless children of our Endless War on Terror? Besides the loss of their fathers there is also other suffering of War Children but that may be a subject of a future post.

Here is a trailer for a film on these Goldstar Children'which can be seen in full on Netflix At the end of this post are some links to organizations associated with the issues of war and children. These links are not quite like the focus on peace the September Eleventh Families For Peaceful Tomorrows have. There are many organizations that deal with children and war with different focuses but for now I will keep it narrow.

In closing I wish to say my heart goes out to the children who do not have their fathers with them this Fathers Day because of the revenges of war. Not just American children but to all the children of the world. I wish to encourage mothers and fathers to teach your children the ways of peace and do your best to explain to them what wars is as best you can for their age group. Otherwise the propaganda of war will be fed to them by our government through school, the airwaves and the internet from the USA, ISIS or Israel.. I invite you to take a deep breath with thoughts of the dead while celebrating our fathers and then resolve to work in earnest for a peaceful world, one without war. For more resources to assist with this please visit my website and explore my Peace Resources Page. Blessings.

Return of the Neocons and the Wisdom of Jon Stewart 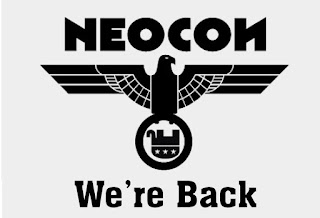 Just a brief little blip today. I am sure more will be coming. A little heads up for us all.
The neocons are back, slithering out of the dark den they have secretly been breeding in since thousands died in Iraq and it fell into disarray. Paul Wolfowitz, John Bolton, Bill Kristol, Karl Rove, Paul Bremmer and the others.. Now Lindsey Graham wants to be president pulling out the good ol' playbook of fear mongering and the neocons want to help. John McCain is dusting off his Neocon Manifesto and is vying for position as Head of Snake, but it is a Hydra. They are counting on the short memory of Americans.  Remember the Project for the New American Century, the New Pearl Harbor and the birth of the Patriot Act? They hope not. The architects of the Endless War on Terror are coming to a TV, newspaper of Twitter feed near you.  Don’t be bitten and infected by their poisonous venom and rhetoric.  If their mouths are moving, they are lying.

Strive to create a peaceful world. Visit my website for a plethora of Peace Resources.

Posted by Kether at 5:06 AM No comments: